Learn About Our COVID-19 Policies & Procedures – We are doing our part to keep the community and our staff safe. Read about what changes we have made.

Embrace who you are & who you can become

Nothing brings me greater joy in my job than when someone says “I feel like myself again.” Whether it is a woman experiencing irritability and insomnia from hormonal shifts or a man experiencing a loss of drive and anxiety due to low testosterone, my goal is optimize hormones to get them back to feeling like themselves again.

I have always loved to care for women and their families. It is such a great compliment to have a patient recommend their daughter, mother, friend, and especially their husband to the clinic for their care. Making patients feel comfortable and cared for is our goal. Looking forward to meeting you soon.

Tammy Hadfield, MSN, WHNP-BC, ABAAHP has been providing care to women and their families since 1990. She began her career as an Associate’s Degree prepared Registered Nurse at the early age of 19 at the University of Utah Medical Center. Becoming a new mother herself, she quickly found a passion in caring for mothers, babies and their families while working in high risk obstetrics. She loved the University Hospital setting and became a charge nurse within her first year at the hospital. That strong passion to care for women also lead her to become a rape and domestic violence victim’s advocate.

Feeling a need to further her education, Tammy completed her Bachelor’s Degree with Honors in 1995 from Weber State University. After which she decided follow in her parents’ footsteps and joined the United States Air Force as a commissioned officer. Tammy was a labor and delivery nurse, lactation specialist, neonatal resuscitation instructor, and perinatal grief counselor during her early military years, and was pleased to welcome her second child into the world. After serving less than four years, she was awarded an Armed Forces scholarship to attend graduate school to complete her Master’s in Nursing from University of Utah. She became a Women’s Health Nurse Practitioner in 2001. Her first duty assignment as a nurse practitioner was in Anchorage, Alaska, where she was awarded the Pacific Air Force Advanced Practice Nurse of the Year award, and served the GYN mobility troop commander. Tammy achieved numerous awards and medals, including the prestigious Meritious Service Medal and attained the rank of Major prior to her separation.

In 2004, the Hadfield’s left Alaska to be closer to family. Tammy quickly grew her practice in Idaho specializing in bio-identical hormone replacement for men and women, gynecological health, cervical dysplasia, sexual dysfunction and anti-aging medicine. She is proud to have been the first board certified anti-aging diplomat in Idaho from the American Academy of Anti-Aging Medicine. In February 2009, with love and support of her family, friends, colleagues and patients, she opened Embrace Wellness. She has loved being a Meridian City business owner, and is a supporter of numerous community programs including the Idaho Youth Ranch, Faces of Hope, and Idaho Shakespeare Theater. 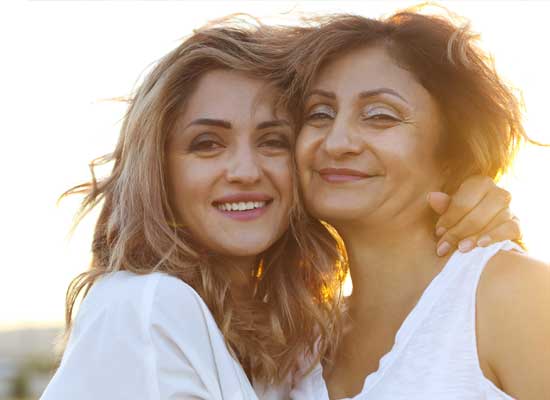 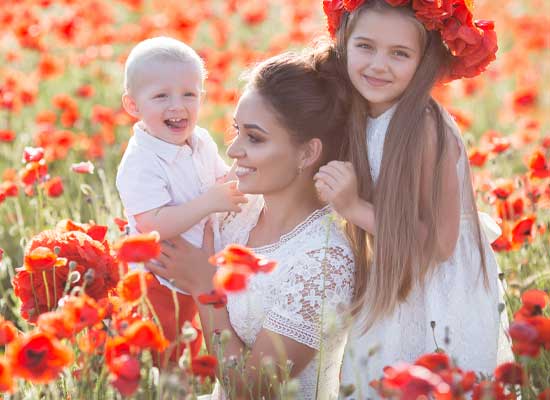 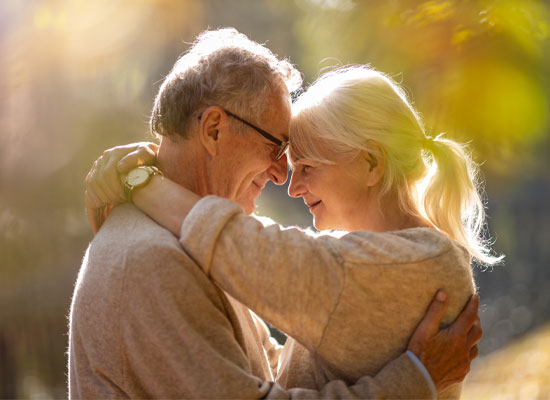 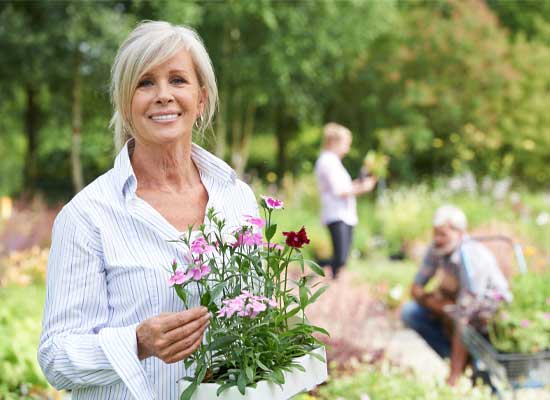 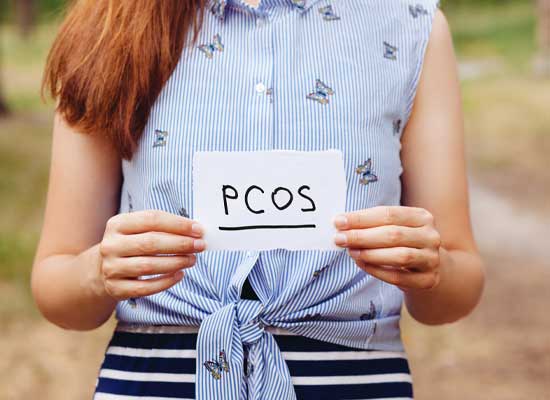 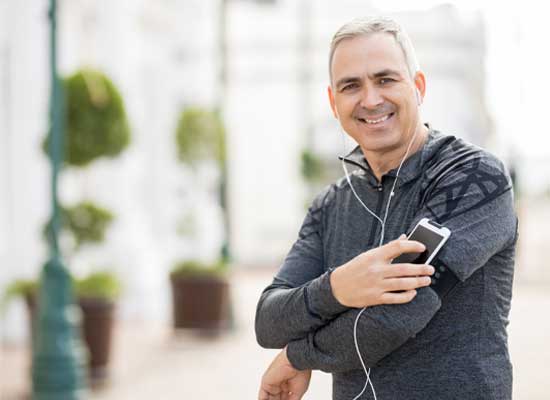 What does the Community Have to Say

Tammy is my lifesaver! I found her several years ago after my thyroid had been removed. At the time, I was very nervous about the lifelong medications I would have to be on and how they would affect me. Tammy listened to all my concerns and graciously walked me through the process. My health is great today! I know that Tammy’s expertise and passion are a big part of why I’m able to live my life well!

Tammy is extremely knowledgeable about wellness as we age. I particularly appreciate her willingness to provide current expertise in the area of hormone replacement therapy. She is always easily reachable, returns phone calls promptly, and is financially reasonable especially for those who do not have health insurance.

Tammy Hadfield is such a caring, gentle and knowledgeable provider. I have been seeing Tammy for over 6 years. Tammy is so thorough in her care. I know and can trust her recommendations and treatments 100% of the time. One of the best things I love about Tammy, is that she is always educating me on what hormonal changes I may experience over the next year and options to manage the symptoms. Tammy is 5 star ALL THE WAY!!

I have been seeing Tammy Hadfield for my women’s health needs for more than a dozen years—she is without question, an excellent, dedicated, well-informed, caring provider who consistently has my best interests in mind. She is intelligent, thorough, and committed to providing excellent care to meet my unique health care needs. I highly recommend her!

I have been seeing Tammy before she started her own practice. She is without doubt one of the best medical professionals I’ve seen! She’s very intelligent, proficient and caring among her many faceted traits. She definitely Embraces All our Wellness!

Embrace Wellness has been just what I needed for my health needs! The staff is kind and understanding with my concerns and prompt in any requests. I have been worked in quickly for follow up questions or more details and always enjoy my visits! Tammy is so knowledgeable and down to earth I couldn’t be happier with her! A++

Thank you Tammy for 13 years of keeping my life healthy and happy with the bio identical and thyroid compounds. You’re the BEST.

I really appreciate Tammy. She has a lot of knowledge, is very thorough and is always researching. She treats me like a friend. She takes time to discuss my questions and has even read information I brought her relating to my issue. She promptly returns phone calls and really cares.

I have been seeing Tammy for years and have been very pleased with my experience and care. I have always been treated with professionalism. The staff has always been courteous, professional and made me feel comfortable. Tammy is compassionate, is very knowledgeable in her field and outlines a plan of care that is specific for me. I have recommended her to several people. That’s the highest compliment!

I have been a patient of Tammy & Embrace Wellness for several years. I always feel warmly welcomed at each visit and Tammy always takes time to visit with me about my exam/blood work, and explains my results in detail. I never feel rushed or hurried during my appointment. The entire Embrace Wellness staff is a pleasure.

Tammy Hadfield is so knowledgeable and really cares about me and my health. She takes time with her patients and really addresses my needs personally. I have gone to her for 10 plus years would choose no other!

Tammy has been such a great practitioner. Not only is she kind, but she is also very knowledgeable in the areas of thyroid and female related issues and particularly hormone replacement therapy. She treats her patients with respect and is concerned for their wellbeing and does everything in her power to help resolve problems and concerns. She is very professional, yet very personable with her patients. I have been very happy with her treatment of me as a patient and I highly recommend her if you are looking for a practitioner that can help you with female related problems and thyroid issues.

Tammy has been my very best care giver. She is brilliant, open minded, caring and kind, always open to learning and patient. I love her and her staff is excellent and helpful!!!!!

I have been seeing Tammy at Embrace Wellness for about 13 years, and love her and all the staff there. I completely trust her with my health, questions, concerns, and over-all well-being. I would recommend to anyone looking for a health provider to visit with Tammy and her staff.